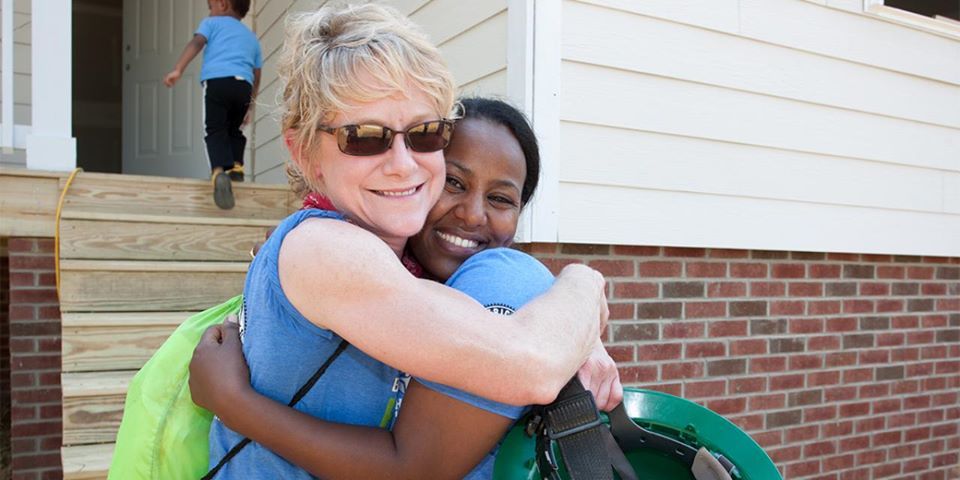 These protests aren’t just about the killing of George Floyd. They’re about Breonna Taylor, who was killed in her own home during a no-knock raid in Kentucky. They’re about Ahmaud Arbery, who was shot dead while jogging in his own neighborhood in Georgia. They’re about Christian Cooper, whose safety was jeopardized simply for asking a white woman to follow posted rules in Central Park. They’re about Trayvon Martin, Eric Garner, Sandra Bland, Rodney King and Emmett Till. They are about Klan members in the 1960s burning down Clarence Jordan’s vegetable stand and firing guns into homes of families at Koinonia Farm outside Americus, Georgia. They’re about decades and centuries of individual and systemic racism that precede and infuse the founding and life of our nation.

Our hearts have lifted as we’ve seen peaceful protests. Our hearts have broken as we’ve seen violence. We know that Habitat for Humanity affiliates across the country are in the path of this destruction. Twin Cities Habitat for Humanity’s ReStore was broken into on Wednesday, and late Sunday night, Minneapolis police reported vandalism of a Habitat home under construction.

We know, too, that so many of the Habitat family — our staff members, volunteers and perhaps most of all the people we serve — are impacted by these protests and the injustices they call attention to. And that as Americans, we are all called to face the difficult questions raised to the forefront of this national conversation. Habitat can help be part of the answer.

As we wrote on Friday, “The way we approach our work at Habitat has been a vehicle for reconciliation and has broken down barriers between people. We work alongside those willing to partner with us, no matter their background or walk of life, and that will always be true.”

Habitat can be a vehicle for reconciliation. But it only happens if we make it so.

Even while facing the fallout of protests and riots in their community, our colleagues at Twin Cities Habitat are leading the way. As Executive Director Chris Coleman wrote last week, “We join our Twin Cities neighbors in mourning George Floyd. We share the outrage at the injustice and inhumanity of his killing at the hands of police. We recognize the pain in the African American community, which endures injustice and inhumanity each and every day.” And in calling for #JusticeforGeorgeFloyd, Twin Cities Habitat is calling us all to action.

We want you to know that we are here to fight that fight alongside you. If there is anything that our team can do to support you now, please contact the Affiliate Support Center at ussupportcenter@habitat.org or (877) 434-4435.

The last few months have been enormously challenging for our ministry. The last few days, even more so. We encourage each of you reading this to reflect on the challenges we face and to rededicate yourself to that Habitat vision of a united humanity, where everyone — regardless of their race, of all faiths or of no faith — has a decent place to call home. Just as we are doing at HFHI, we also recommend that you, as affiliate leaders, take this opportunity to undertake a period of self-reflection in addressing racial equity across your community, your work and your own organizations.